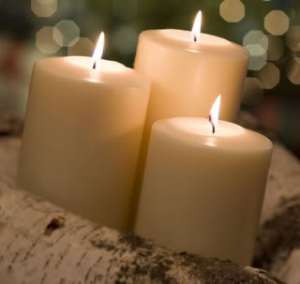 I have read that the veils between the physical and spirit worlds are thin on the solstice and equinox dates. I’m not sure WHY this is, but I have read it in numerous articles.

Until my mom died on February 15, 2007, I never noticed much about the spirit world. I’d had creepy experiences in my freshman dorm at 4 Charlesgate East in Boston, MA, back in 1989, (such as objects flying across the room in front of my very eyes) but I never really cared to delve into it. I just acknowledged the presence of the energy and told it that I would respect it as long as it respected me and my property. Things seemed to work out alright after that.

Before my mom died, I had experienced more mysterious things, but, like most people, I would just blow it off as “strangeness” or try to find a logical explanation. After my mom died, however, I really began to notice things…and realize them for what they actually were, rather than making excuses. Cupboards opening, oracle cards being bent, jewelry pieces being disconnected, objects being moved, and, yes, candles lighting themselves were some of the little things that happened around my house on occasion.

I’ve also seen my mother’s handwriting in the bathroom rug, with reminder messages…as if she’s still alive…and she and my grandmother actually appeared in my bathroom mirror one day when I was scrying. Normally only my spirit guides show themselves to me in the mirror when I’m scrying, so seeing mom and grandma that one day was a total shocker.

This is why people think I’m crazy, by the way, because I have opened myself and my third-eye chakra to the spirit world. A few years ago, I would have thought it crazy, too. My attitude was: why talk to dead people? That’s creepy. And weird.

Actually…they’re NOT dead. Just their physical body is gone. Their energy is with us until they decide to move on (whether that is to reincarnate or become a spirit guide is entirely up to them). There is really nothing creepy or weird about it. It’s totally natural. We know this when we’re wee little tykes, but we’re taught to unlearn everything we know…because it’s “creepy and weird.”

Until someone with whom you share unconditional love dies, you may never understand this. Even AFTER that person dies, you may never understand it. But, if you are brave and willing, it may just be worth your while to sit and hold someone’s hand as that person leaves the physical and crosses into the spirit world. I guarantee you that person will be eternally grateful for your willingness to be present as he or she faces the ultimate fear in life…which is “death.”

Holding someone’s hand as the soul crosses from physical to spiritual opens the door for you…if you wish to accept it. If you tell the person crossing you wish to hear from him or her, you will, IF that really is your true desire. The connection will never be lost.

My personal gift is clairaudience, or telepathy. I can hear the thoughts of others — both in the physical and spirit worlds. Usually I only hear thoughts that are directed toward me, so rest assured, this is not an invasive talent. I don’t purposely try to read people’s thoughts unless they are trying to communicate directly with me.

How do I “know” this talent is real? Well, when I receive a thought from someone, and then a text, phone call, email, or IM shortly thereafter from that very person that states something similar, it’s pretty much a huge cinder-block hint that this IS my talent.

So, as you can guess, normally I HEAR from my mom. Especially on days when I am really struggling or stressed, my mom will come through with a reassuring word or sound motherly advice. Sometimes other things will happen, such as her handwriting appearing in the bathroom rug, or I’ll get a glimpse of her full-body apparition (very rare), or I’ll see her in the mirror (twice). Mostly, if I see her, it’s in my dreams. All of this is magical. It is something I truly treasure.

On Monday, December 21, 2009 (winter solstice) my mom came through again. Several times. December 21, 1934 was her birth date. I had a hard day, and every time I thought of her, sadness and tears welled up within me. She would immediately say, “It’s okay, baby. I’m right here. I’m always right here,” every time. I finally managed to settle down later that evening. I remember that I had lit five colored candles in my living room for the angels I work with on a regular basis. Once I had finished my session with the angels, I blew out all the candles and went to take a shower. When I came back out into the living room to turn off the tree lights, I noticed one single candle burning. A white candle. One I never lit.

I sat down on the couch and stared at it. How the…? What the…?

And then my mom spoke. She said, “You don’t have to miss me. I am always here with you.”

When I told my best friend from high school about the candle that lit itself she told me, without skipping a beat, “It was your mom. She lit the candle for her birthday.”

That amazed me, because I did not tell her anything about hearing from my mom right after I noticed the dancing flame of the candle I never lit. She just knew.

It’s nice to have confirmation from my friends that I’m not crazy, weird, or psycho. That may have been the most magical message of all.

One thought on “Magical Messages”